I am Bob Sazama.

I am in constant need for all good stamps, covers and postcards for my customers around the world. You can rest assured that our transactions will be fast and fair.

I live in The Villages, Florida. Originally from Illinois, my interest in stamps was sparked by my membership in the Boy Scouts of America. Yes, I earned the stamp collecting merit badge on my way to becoming an Eagle Scout.

After graduating from Southern Illinois University, I taught school for 9 years. Next was a job with the Federal government administering continuing education programs for the US military in Germany, Japan, Saudi Arabia and on several military installations in the US.

Along the way I began to sell stamps part time in 1985 through the mail. Then I began selling stamps at shows throughout Missouri, Kansas, and the Midwest until moving to Japan in 1995. Having befriended a Japanese stamp dealer I began selling stamps all across Japan (Tokyo, Osaka, Nagoya, Sapporo, Kobe, etc). At the same time I then began traveling to and selling stamps China, Hong Kong, Seoul, Taipei, Prague, Bangkok, San Paulo, and Kuala Lumpur. Next having moved back to the states from living overseas I began traveling to shows all across the US and eventually concentrating on stamp shows in the Southeastern part of the US. 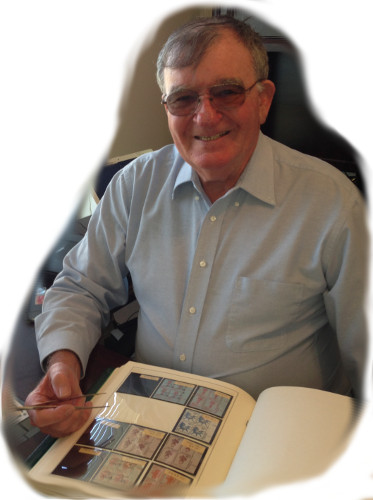 If you have a stamp collection for sale, it will pay you to contact me. You can be assured that my extensive worldwide experience and contacts will get you a fast, fair price.